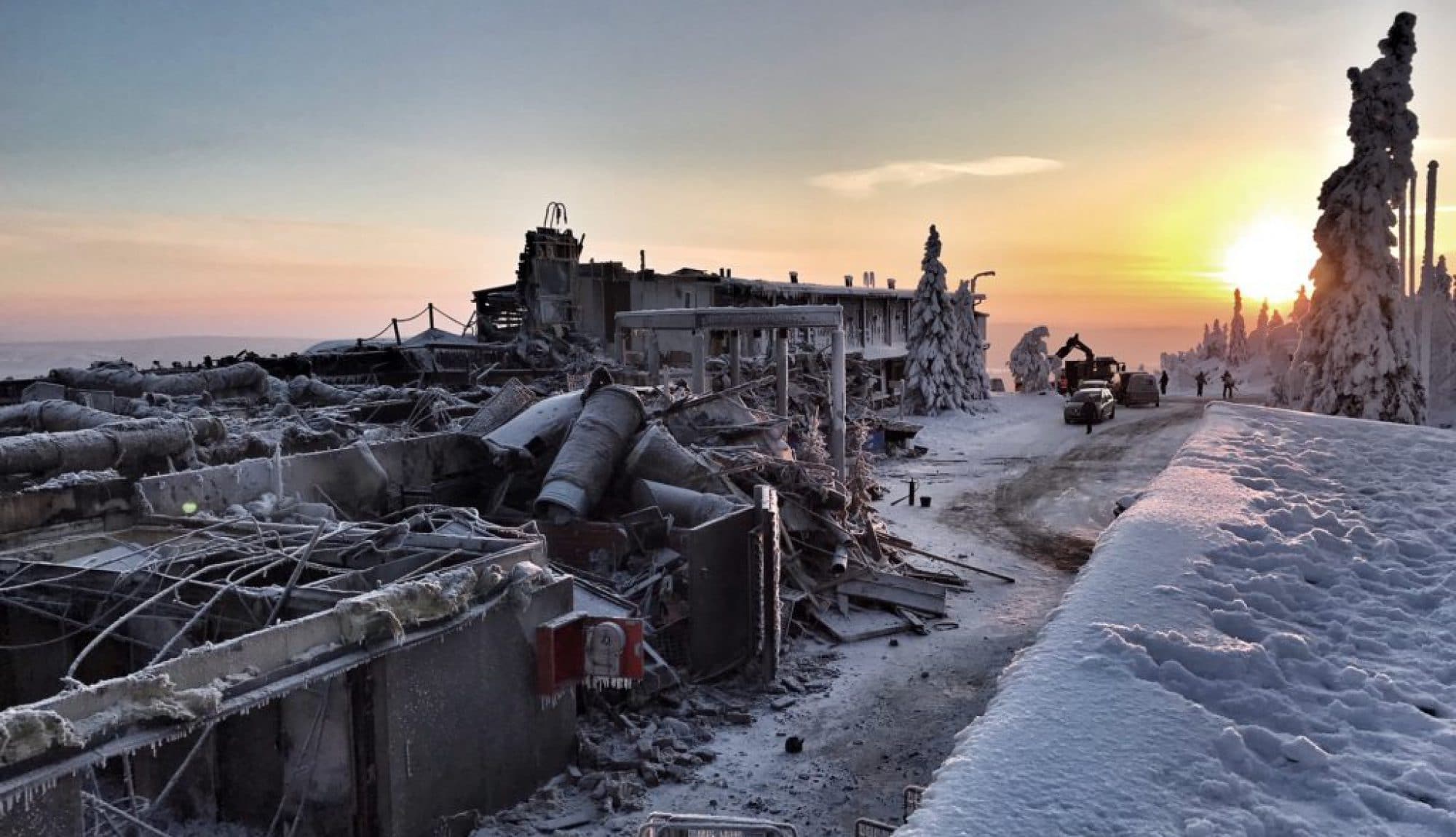 On December 21st at 00:50 our employee Maiju Rumpunen was working at the far end of the hotel restaurant when she realised it smelled of smoke. She went down the staircase by the slopes to check where the smell might be coming from. When returning back up, she saw some ambers flying under the roof outside.

She immediately called the emergency number and around the same time the automatic alarm went off alarming the hotel owner and the fire brigade. Evacuation was started straight away from the suite underneath the restaurant by our employee. She was soon accompanied by two people who were maintaining the slopes and had also realised what was happening. Also one of our own employee, safari guide Jaakko Heikka was called to help and all our guests were evacuated well in time.

The hotel restaurant, kitchen, lobby, reception and offices, meeting rooms, souvenir shop, Arctic Spa saunas and pools, treatment rooms, gym and the Bear Cave suite were completely destroyed in the fire on December 21st 2018. Also rooms and suites were damaged by either fire, smoke or water.

Accommodation with wonderful experiences on the southernmost fell in Finland.

Come and experience the wonders of Syöte’s unique fellscape; we’ll take care of the arrangements.

The secret to the perfect cafe latte 😍 Rise Ab

The Bear Cave suite with a big jacuzzi, a steam ro

A la Carte is available this summer daily at 16-21

Hotel Iso-Syöte is located in the southern border of Lapland, on the top of the southernmost fell in Finland. The hotel is within easy reach by car or via Oulu, Kuusamo or Rovaniemi airports.

By continuing to use the site, you agree to the use of cookies. more information